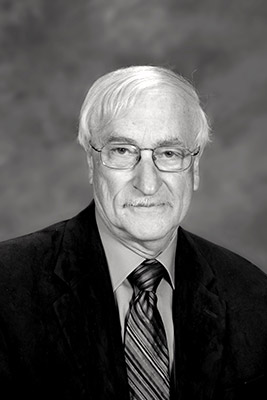 Howard Haugh was admitted to Naval Officer Candidate School in Newport Rhode Island, in August 1966. He was then commissioned as an Ensign, U.S. Naval Reserve, on December 16th, 1966 before serving three years with the U.S. Naval Security Group as Legal Officer and Administrative Officer. Howard traveled extensively throughout the far east, certified as Trial Counsel and Defense Counsel in military General Courts-Martial.

While on active duty, Howard taught business law courses through the University of Maryland Far East Division in Fuchu, Japan. Following active naval service, he served 17 years of naval reserve duty and retired as a Lt Commander, Judge Advocate General’s Corps. Howard engaged in the private practice of law in Mankato from 1970 until 2013. His areas of concentration were in construction and real estate law. Since January of 2000, he has been an adjunct instructor at Minnesota State University, Mankato, teaching courses in construction & design law and construction contract documents. Howard has created textbooks currently in use for both courses.